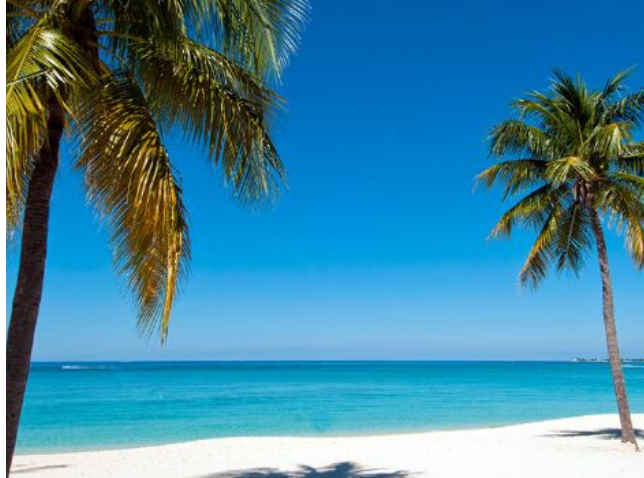 The sandy beaches and sunny climates of Mediterranean Europe are well known for attracting foreign investment, often in the form of tourist dollars spent in shady tavernas. But now the hotspots of Spain, Portugal, Greece, Cyprus and Malta are becoming renowned for luring a more upmarket clientele.

In May this year, Greece announced an expansion of its hugely popular golden visa programme, widening the types of investments available to applicants. Golden visa schemes allow wealthy foreign nationals to fast-track residency – and often citizenship – in return for an investment. In Greece, residency can be bought for an investment of EUR 250,000 (around USD 295,000) in real estate. The new rules will allow would-be residents to invest their money in more diverse ways.

The Greek scheme is now the biggest in Europe, and – perhaps not coincidentally – also among the cheapest. Between the scheme’s inception in 2013 and August 2018 Greece issued 8,367 golden visas to main applicants, bringing a much-needed investment of EUR 1.5 billion (over USD 1.76 billion) to a stagnating economy.

PAYING FOR A PASSPORT

A boat ride across the Mediterranean sea, Malta’s inviting climate and relaxed way of life also attract individuals looking for citizenship-by-investment or CIP. Pierre Galea Musù, partner at Maltese member firm UHY Pace, Galea Musù & Co in Ta’ Xbiex, is unequivocal about the scheme’s success: “Is it working? It certainly is!”

Pierre explains that Malta actually runs two popular schemes, one of which is a residency scheme in which individuals guarantee their own health cover and access to housing and agree to pay a minimum tax rate of EUR 15,000 (USD 17,650). The other – the Individual Investor Programme (IIP) – is about citizenship. It requires a EUR 675,000 (USD 794,300) donation to the national development fund and a EUR 350,000 (over USD 411,800) property purchase.

“I am not a believer in the theory that the Maltese economy is buzzing at full steam ahead because of the IIP scheme,” says Pierre. “But there is obviously an indirect side effect as high-net-worth individuals who come here and purchase high-end property, dine at the best restaurants, berth luxury yachts here, all act as a catalyst to the economy, accelerating its velocity. So yes, IIP is a contributor to economic wellbeing, albeit indirectly.”

Malta is clearly an attractive option for those who need a parking spot for the yacht; indeed, the very concept of golden visas started in 1984 on the poor but similarly sun-dappled Caribbean island of St Kitts and Nevis. But sunshine is not the only reason a wealthy individual might covet a second or even third passport. While the Maltese climate, culture and history are important, Pierre agrees that “some come because of the European Union (EU) – a Maltese passport as an EU member is very attractive to people from other continents.”

At least 24 countries around the world now run CIP schemes, including some – like the UK, New Zealand, Canada and the Netherlands – not blessed with a Mediterranean climate. The US CIP scheme, called EB-5, is the most popular in the world and is estimated to deliver USD 1 billion to the economy every quarter.

In the Netherlands, individuals must invest EUR 1.25 million (USD 1.47 million) in a Dutch-based company or qualifying fund to receive a temporary, though extendable, residence permit. After five years, the investor can apply for permanent residence or Dutch citizenship through naturalisation.

The Dutch scheme is aimed squarely at economic regeneration, and a points system applies that promotes investments in innovation and job creation, favouring individuals who can bring specific knowledge, networks, clients and active involvement to the Dutch economy.

So with 23 other schemes to choose from, why choose the Netherlands? Maarten van der Steen, tax advisor at UHY member firm Govers Accountants/Consultants in Eindhoven, the Netherlands, believes the country’s appeal is multifaceted.

Maarten says: “The Netherlands is known for its tax facilities for foreign investors. There are several tax incentives for innovative start-ups and for R&D activities. Also, geographically there is access to Europe, and in terms of infrastructure the Netherlands is an attractive option.”

Like the US, the EU is a huge draw for individuals who can afford to pay between EUR 250,000 (around USD 294,000) and EUR 5 million (USD 5.9 million) for a passport. Tax breaks and lifestyle play a part, and Western education is especially coveted. Mobility is also important: a US or EU passport allows visa-free travel to upwards of 160 countries.

Applicants for golden visa schemes tend to come from Russia, India, the Middle East and – most of all – China. Chinese nationals are the biggest applicant group in all major CIP schemes and have spent a combined USD 24 billion on golden visas across the globe. Unlike applicants from other countries, who tend to be very wealthy, Chinese investors also come from the middle classes, with individuals regularly selling property or businesses to buy a golden visa.

And yet China has enjoyed decades of economic growth, lifting millions of Chinese out of poverty. Cities are booming. So why do some members of the Chinese middle class want to move away?

Of course, only a tiny minority of the huge Chinese middle class want to buy overseas residency or citizenship, and among those that do the reasons are complex. An Associated Press analysis in 2017 found that some beneficiaries of China’s economic boom still feel insecure about the future, with one applicant for the US EB-5 scheme commenting that “someone in the middle class can become poor in one second.” Other Chinese applicants may want to escape China’s rigid and competitive school system, rocketing property prices and urban smog.

STABILITY IN AN INSECURE WORLD

For super-wealthy and middle-class applicants alike, golden visas can be a safety net, a way of replacing insecurity with stability. Looking from the outside, Canada appears one of the most stable bets around, and until recently operated one of the most popular investor immigrant programmes of all. The federal scheme closed in 2014 – a victim of its own success – but the province of Quebec runs a regional scheme which will accept up to 1,900 applicants in 2018/19.

who are required to invest CAD 1.2 million (around USD 929,400) with a Quebec crown corporation for a period of five years at no interest, and be worth at least CAD 2 million (USD 1.55 million). Interestingly, applicants are favoured if they have experience of running a business and, unlike some other golden visa programmes, they must intend to settle in the province.

Ken Shemie, partner at UHY Victor, Montreal, Canada, says: “The benefits of the programme are not only to attract educated and affluent immigrants to reside in the province, but also to put their money to work helping small businesses in Quebec.”

When Canada closed its federal programme, it did so because it believed the scheme undervalued Canadian citizenship and created little economic benefit, but Ken believes the Quebec scheme is having the opposite effect. “A well-managed programme offers large revenue potential to the government and private sector,” he says. “During the period from 2001 through 2016, for example, the Quebec IIP program generated more than CAD 700 million (over USD 542 million) from immigrant investors, and this sum was allocated to nearly 5,000 Quebec businesses. That has to have helped the economy.”

Still, the Canadian federal government is not the only authority having second thoughts about golden visa schemes. In the US, axing the EB-5 scheme has been discussed in Washington, with Senator Dianne Feinstein saying: “It is wrong to have a special pathway to citizenship for the wealthy while millions wait in line for visas.”

In Europe, fears have centred on who might be exploiting these backdoors to EU citizenship, and where their money might originate. Questions have been asked in the European Parliament about whether member states can always accurately identify the origins of these substantial investments. In October 2018, Malta and Cyprus were named on an Organisation for Economic Co-operation and Development (OECD) blacklist of nations whose golden visa schemes are deemed to pose a high risk of tax evasion.

Cyprus is, like Malta, a popular destination for wealthy individuals looking for an EU passport, not least because of its extremely favourable tax regime for both companies and individuals. Its golden visa scheme has not only come under fire from the OECD but also from some members of the European Parliament.

Antonis Kassapis, director of Cyprus member firm UHY Antonis Kassapis Limited, says: “Applicants are mainly from China, India, Russia and the Middle East, and what draws them to Cyprus is the very favourable tax regime, the fact that Cyprus is in the EU and the excellent lifestyle. The Cyprus government is well aware of EU concerns and aims to have a scheme that is both attractive to investors and acceptable to the EU.”

To that end, Cypriot authorities recently introduced more stringent controls on the programme and capped it at 700 passports per year.

Across the Mediterranean, Pierre believes Malta’s CIP has been singled out for unfair criticism. “The criticism of the system, pushed at EU Commission level, was aimed at demonising it. In reality, the process of verification and due diligence is very rigorous and highly professional. Getting a residency permit or a passport is no mean feat. It is a lengthy process, it is rigorous and the authorities are unflinching. The rate of refusal is not negligible.”

The countries that operate golden visa schemes insist they are secure and tightly controlled. What is not in doubt is their success, especially for small nations with more limited economic options. In Cyprus, Antonis is convinced of the scheme’s worth: “It brings capital into the economy. It brings employment. It helps many sectors of the economy, including the construction and land development sector, the services sector, tourism and banking.” For an increasing number of countries around the world, benefits like these are the most important considerations of all.