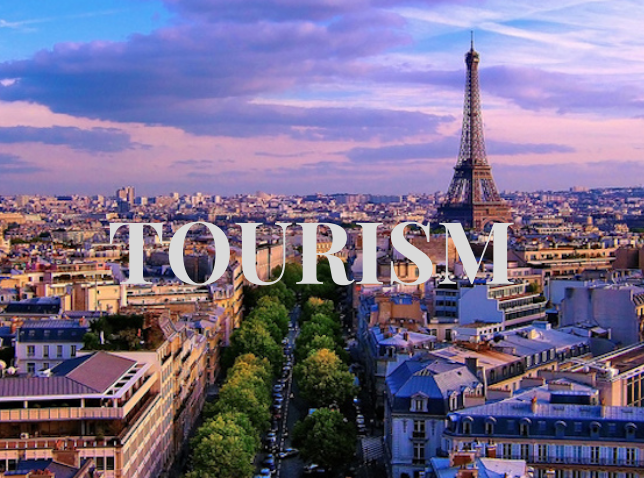 but growth in emerging markets is twice as fast

European economies currently outperform in generating income from tourism, but growth in tourist spending is twice as fast in emerging markets as they close the gap, shows research by UHY, the international and consultancy network.

European economies, on average, have a higher level of tourist spending in their countries as a percentage of Gross Domestic Product (GDP) (2.1%) compared to emerging markets (0.7%).

UHY explains that the main driver behind the slower rate of growth in tourist spending is that many European economies are often unable to upgrade tourist infrastructure capacity as quickly as many emerging markets.

Europe and other established tourist destinations currently benefit from recognized attractions, landmarks and well-developed transport networks, but the gap is closing. Emerging markets are increasingly investing in the infrastructure needed for large numbers of tourists.

The UK is struggling to increase airport capacity, with Heathrow already operating at 98% and plans for a third runway have just been finalized by Government Ministers in early June 2018 after more than a decade of debate. The UK saw the biggest percentage drop (9%) in tourist spending, although it has been boosted since then by impact of the collapse in the value in the pound.

Germany is also facing difficulties in developing tourist infrastructure with the planned new Berlin Brandenburg Airport facing years of delays having been scheduled to open in 2011.

In contrast, China is heavily investing in the infrastructure needed for large numbers of international visitors. For instance, Beijing Daxing Airport is set to be the largest airport in the world when it opens in 2019 and Guangzhou’s new airport has expanded to accommodate 100 million passengers annually.

UHY studied 34 countries around the world, looking at spending by tourists (including travel to the country) in the past two years as a percentage of that country’s GDP.

Bernard Fay, Chairman of UHY, comments: “Tourism is a major battleground in the global economy – both in terms of generating hard currency and soft power.”

“So the delays that you get in the UK and Europe over the building of infrastructure would mystify many in faster-growing economies.”

“Those higher growth economies are looking to rapidly expand the infrastructure capacity needed to support large numbers of tourists arriving. Additionally, many emerging tourist hotspots are constantly investing in new attractions to keep visitors longer and to spend more.”

“Tourism can be a major supporter of job creation, entrepreneurship and business growth in their economies, but it needs constant investment.”

“However, more developed economies, including many in European countries, can often find it a slower, more difficult process to increase tourism capacity.”

“As globalization continues and more people get the opportunity to travel more widely, tourism is likely to become an even more important source of jobs and a catalyst for business creation and growth. Governments need to recognize the opportunities it brings.”

UHY adds that additional recent research underscores the scale and importance of tourists from emerging markets visiting other developing economies. The number of Chinese tourists spent on foreign travel, for instance, totalled $261 billion in 2016, up from just $73 billion five years earlier in 2011.

Helena Budiša from UHY UHY HB EKONOM d.o.o. in Croatia, says: “Tourism is the most important sector in our country and every year has a significant increase of more than 10%. Additional increases are expected this year, especially due to large investments in Zagreb, Split and Dubrovnik airports which doubled their capacities and new terminals can receive a total of 11.5 million passengers a year.”

“The government initiatives have proved vital in nurturing such a critical industry, including charging lower VAT on hotels and accommodations, as well as giving tax breaks on food and accommodation for seasonal staff who are necessary for maintaining top tourism services.”

However, UHY adds that many larger economies are putting in plans to place greater importance on the tourist sector. In Japan, the Government aims to increase the number of tourists visiting the country with the goal of seeing 8 trillion yen (approximately $70USD billion) in revenue from tourism by 2020.

Mr Shuichi Yatsuda of UHY member firm UHY Tokyo & Co in Japan comments: “The Government sees tourism as playing a vital role for the economy in the future and is looking to increase visitor numbers throughout the country.”

“The Tourism Agency frequently cooperates closely with the Ministry of Foreign Affairs to increase knowledge of Japan as a tourist destination widely.”

Expenditure of tourists as a percentage of Gross Domestic Product (GDP)

To learn more about the services and capabilities UHY Victor LLP* can offer, please contact us. For more information click here.

About UHY VICTOR LLP is a member of UHY, an international network of independent accounting and consulting firms with offices in major business centers throughout the world.  Further information can be found at click here.

Prev Post“UHY International Business” Issue 6 now available
Next PostAccountancy – Is there an app for that?