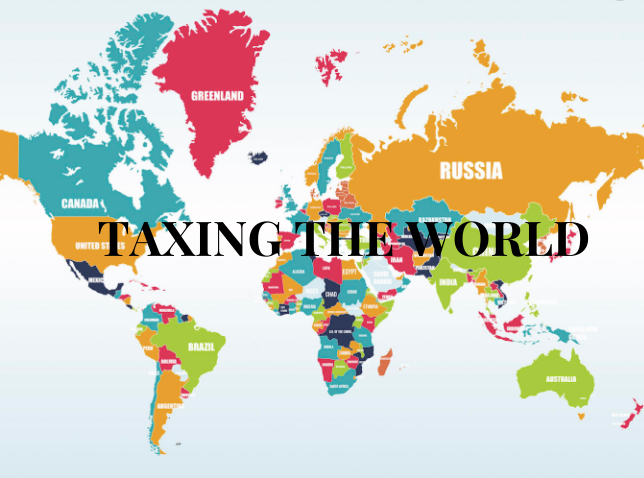 With significant momentum in global, transnational and domestic tax implementations and governance programs, 2017 was an extraordinary year for tax.  The unpredictability of major political developments across the world, however, continues to frustrate international as well as domestic business and tax planning and the need for trusted advisors to work internationally has seldom been greater.

UHY Global asked international tax specialists from UHY’s global tax special interest group for their thoughts on some of the issues facing their countries and clients.

Donald Trump’s shock election to the US Presidency was quickly followed by promises to cut expenditure and reduce tax. By the fourth quarter of the year, those plans were beginning to take shape, with repercussions for economies around the world.

Paul Marineau, director, international tax, UHY LLP, Michigan, says that despite a lack of detail, the US has clear priorities.

“There are still a lot of unanswered questions over the president’s tax reforms but for corporations, the direction of travel seems clear. The aim is to lower the business tax rate to one of the lowest in the world. The proposed tax reform plan is being touted as one of the biggest individual and business tax cuts in American history.”

But Mike Aguirre, managing partner of Filipino member firm UHY M.L. Aguirre & Co, is cautious about what could actually be achieved. Can those ambitions be met without heaping debt onto the US economy? And will Congress accept whatever the trade-off might be? “Whether Congress can lower the tax rate and how much they can lower it by is the thing to look out for, and directly relates to whether it can implement revenue raisers to make the bill revenue-neutral,” says Mike. “So the difficulty lies in achieving the lower rate, (announced in September 2017 as 20% for corporates, down from 35%) while being revenue neutral at the same time.”

President Trump’s tax ambitions have global implications. The worry for countries like the Philippines – one of the world’s leading destinations for Business Process Outsourcing (BPO) – is in his inclination to balance the books by adopting a territorial, US-first approach. The US plans to implement ‘border adjustments’ to corporate taxation are aimed at eliminating tax incentives for US companies to outsource jobs abroad.

Mike believes the measures may be counterproductive: “Corporate inversion (doing business outside the US) may not be such an evil after all. Sustaining competitive market stature, the ease of doing business, compliance costs and hunger for growth drive companies to seek better opportunities abroad. In short, there could be compelling reasons why US companies want to move integral parts of their business activities abroad.”

If the US creates the sort of favourable domestic tax environment that sees millions of outsourced jobs returning to the US, many fear a race to the bottom as other countries follow America’s lead.

By observing the Quebec’s Corporate Income Tax Rate page, the general tax rate is reduced each year by 0.1% until 2020. On March 27, 2018, Quebec’s Budget announced an increase in the small business deduction rate for small and medium-sized businesses (SMBs) in sectors other than the primary and manufacturing sectors. In consequence lowering the small business tax rate to 7% effective for the period from March 28 to December 31, 2018, to 6% for 2019 and to 5% for 2020, and to 4% for 2021.

Ironically, while nations spent much of 2017 planning or implementing what they hope will be simpler corporate tax regimes, the year also saw a significant increase in the complexity of international compliance and reporting protocols over measures like transfer pricing. The implementation of the OECD’s anti-BEPS (base erosion and profit shifting) measures is proving to be a chief driver of change.

Clive has been following the initiative closely. “In the UK we started implementing the BEPS legislation two years ago, in 2016,” he says. “The program was developed to block avoidance of tax but I think the outcomes of this may be hard to quantify in the future.” However, Clive believes it may bring other results. “BEPS has made countries around the world talk about the issue and may bring about a standardization of tax legislation so that businesses can plan better.”

The final piece of the BEPS initiative for the OECD is the multilateral instrument (MLI). This instrument enables tax treaties around the globe to be changed without the painstaking need for the detail in each treaty to be amended. “But there are concerns here,” Clive adds. “Different countries still have their own ideas on what the instrument means and how it should be interpreted.”

Sunil, for one, is in no doubt of the effect BEPS will have in India. “Global transfer pricing documentation will never be the same again,” he warns. “With the incorporation of the BEPS action plan in Indian Transfer Pricing Rules, the reporting requirements have increased triple fold. As in most locations, the maintenance of a local file, master file and country by country reporting will add to already cumbersome and extensive transfer pricing compliance.”

Transfer pricing specialist Claire Sanga, whose firm TPS is an associate of UHY Fay & Co in Spain, agrees that new rules on the fiscal structure are complicated, and adds that many companies are yet to take necessary action.

“The businesses that have yet to react are either taking risks or missing an opportunity. They may not have the time to get their transfer pricing right, which is the risk. Or they are missing the chance to streamline their structures for more efficient transfer pricing and tax planning.”

More generally, Claire continues, national and international measures designed to curb tax avoidance (like the Common Reporting Standard, or CRS) are increasing the administrative burden for businesses. “Even at the level of day to day compliance, it’s getting more complex. Many Spanish businesses are struggling with the new requirements for providing immediate information disclosure for Spanish VAT purposes. Even the best IT applications are not sufficiently sophisticated to be able to comply.

More generally, Claire continues, national and international measures designed to curb tax avoidance (like the Common Reporting Standard, or CRS) are increasing the administrative burden for businesses. “Even at the level of day to day compliance, it’s getting more complex. Many Spanish businesses are struggling with the new requirements for providing immediate information disclosure for Spanish VAT purposes. Even the best IT applications are not sufficiently sophisticated to be able to comply.

“The way countries manage the enforcement of these new regimes is important. Penalties are levied for non-enforcement and spontaneous inspections have increased. Compliance converts itself into an exercise in damage limitation, with a focus on doing the minimum amount of compliance to achieve the minimum fine.”

Donna Frye, Director, Transfer Pricing, UHY LLP, Michigan echoes the comments from her colleagues in India and Spain. “Transfer pricing compliance and audits are also expected to increase in the United States. Having consistent, accurate and thorough transfer pricing documentation is the means of minimizing risks.”

The last word goes to Clive – “It is clear that while national governments aim for lower business tax and simpler tax regimes in 2018, new global protocols on tax avoidance – and the unpredictability of a newly protectionist US – are going to add new layers of uncertainty to a mixed and contradictory picture. One thing is for sure: there is no easy or satisfying conclusion for businesses in this challenging and changing landscape. We are now working with our clients to help them navigate a way forward in effective and compliant international tax management. Along with my colleagues across the global UHY network of member firms, we will continue to provide advice and reassurance wherever in the world it is needed.”

About UHY  Victor  LLP is a member of UHY, an international network of independent accounting and consulting firms with offices in major business centers throughout the world.  Further information can be found at click here.

Prev PostUHY study: Is this the end of globalization?
Next PostUHY Study: Getting the gig